Easily integrated with other web applications through open standards.

Many supported protocols including ReST, SOAP and webdav

Users may access all allowed data via the Web Forms or via Industry standard protocols such as:

All requests for data or modification to data goes via the DAL ( Data Access Layer) no matter which protocol is used. There is NO direct access to the underlying data store. The DAL checks the ACLs ( Access Control Limits ) for each data request and performs all validations on each data modification. When data is modified the DAL will broadcast a message to other servers in the cluster so that optimistic locking and caching can be done within the server cluster.

There is over 100 standard commands that can be called via the predefined web services. 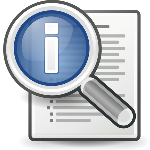